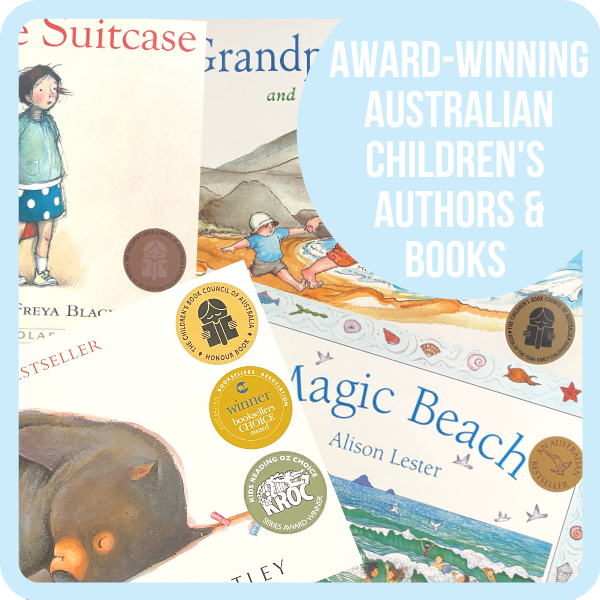 How do you choose some great Australian books that you will love reading as much as your babies will love hearing?

We are spoilt for choice when it comes to picture books for early childhood from many amazing Australian authors. If you are looking for somewhere to start with your Australian book collection, the Children's Book Council of Australia (CBCA) have been doing the hard work identifying and celebrating the best early childhood and picture books every year since 1945 - see the 2020 winners here.

There are some other children's book and author awards who celebrate Australian authors and illustrators including the Speech Pathology Australia Book of the Year Awards who have a 0-3 years category - In 2020, Meerkat Splash by Aura Parker won best book for the 0-3 category. The annual Dromkeen award goes to one author for outstanding achievement in the creation of Children's and young adult literature. The CBCA yearly literary awards are the biggest in Australia for Children's books. In addition to the main awards, the CBCA Queensland branch run the Books I Love Best Yearly (BILBY awards) and the ACT branch has their Canberra's Own Outstanding List (COOL Awards).

When looking through the winning books through the years, several authors keep appearing on the best-of lists. Therefore, it made sense to start to group books by author first and then discuss the remaining award-winning books. The books mentioned can be read to children of any pre-reading age and will also entertain early readers.

Alison Lester is one of Australia's most popular and bestselling creators of children's books.

She has won many awards, including the 2016 Dromkeen award for outstanding achievement in the creation of Children's and young adult literature, 2005 Children's Book Council of Australia (CBCA) Picture Book of the Year Award for Are We There Yet? A Journey Around Australia.

Other CBCA awards include:

Other popular titles include Imagine & My Farm.

Little ones will love reading the Baby Days collection of 4 board books with all the things little children can do in a day. Includes Bibs and Boots, Bumping and Bouncing, Crashing and Splashing & Happy and Sad.

Books were hugely important to Libby Gleeson as a child, and have remained the focus of her adult life. Libby’s fiction and picture books have won multiple awards, including CBCA short-listings and wins, State Premier’s Literary Awards, the Bologna Ragazzi Award in 2000, and the Prime Minister’s Award in 2013. For her services to children’s literature, Libby has been honoured with the Lady Cutler Award (1997), Member of the Order of Australia (2007), the 2011 Dromkeen Medal for outstanding achievement in the creation of Australian children's and young adult literature and the Nan Chauncy Award (2015).

Libby has just released Soon, illustrated by Jedda Robaard, a delightful story that perfectly captures the excitement of waiting for the arrival of a new baby.

Nick Bland was born in the Yarra Valley of Australia in 1973. He wanted to be a cartoonist and a writer from a very young age. In 1996, he took a job at a book store, and decided to write and illustrate children's books. His first book, A Monster Wrote Me a Letter was published in Australia in 2005. Since then, he has written many successful and award-winning books including The Very Cranky Bear series, King Pig (Picture Book of the Year Honour 2014), The Runaway Hug, Illustrated by Freya Blackwood (Early Childhood Book of the Year 2012)

The Wrong Book (Early Childhood Shortlisted Book 2010) is a book all about Nicholas Ickle, but he keeps getting interrupted by characters who have wandered into the wrong book. The sequel The Unscary Book (2018) is Nicholas' attempt at showing us a book full of very scary things, however much to his frustration, the most unscary things keep appearing.

Mem Fox is Australia's most highly regarded picture-book author. Her first book, Possum Magic, is the bestselling children's book ever in Australia, with over three and a half million sales. And in the USA Time for Bed and Wilfrid Gordon McDonald Partridge have each sold over a million copies. Time for Bed is on Oprah's list of the twenty best children's books of all time. She was recognised for outstanding achievement in the creation of Australian children's and young adult literature in 1990 when she won the Dromkeen Medal.

Mem Fox has written over thirty picture books for children and five non-fiction books for adults, including the best-selling Reading Magic, aimed at very young children's parents. Her book Ten Little Fingers and Ten Little Toes beautifully illustrated by Helen Oxenbury, was on the New York Times bestseller lists for 16 weeks in 2008/2009.

Pamela Allen is a phenomenon in the world of children's literature. Many of her titles have won prestigious awards and commendations including Who Sank the Boat? which won Picture Book of the Year in 1983. She has earned classic status through the enduring popularity of her stories with the very young.


Pamela's books are full of the music of language; they are 'fragments of theatre', designed to be read aloud and shared between an adult and a child. Eight of Pamela's titles were adapted for the stage by Patch Theatre Company, an Grandpa and Thomas won the Children's Book Council Book of the Year Award: Early Childhood in 2004 and The Potato People was named an Honour Book in the same category in 2003, and Grandpa and Thomas and the Green Umbrella was shortlisted for the same award in 2007, as was Shhh! Little Mouse in 2008. Is Your Grandmother a Goanna? won a 2008 Speech Pathology of Australia Book of the Year Award, as did Our Daft Dog Danny in 2010.

Bob Graham is a Kate Greenaway-winning author-illustrator who has written and illustrated many acclaimed children's picture books including How to Heal a Broken Wing (Early Childhood Book of the Year 2009), Max, Jethro Byrde: Fairy Child and April Underhill: Tooth Fairy. His 2011 title, A Bus Called Heaven, is endorsed by Amnesty International UK and was the winner of the 2012 Children's Book Council of Australia Picture Book of the Year Award - a prize Bob has won an unprecedented six times. He lives in Melbourne, Australia.

Aaron Blabey has written many well-loved, best-selling books for children. He has around five million books in print and is the creator of three hugely successful series for children - the New York Times Bestseller The Bad Guys, Pig the Pug and Thelma the Unicorn.

Other Great Books include: Piranhas Don't Eat Bananas, Busting!, I Need a Hug, Thelma the Unicorn.

The Pig the Pug book collection has grown, you can now buy a 6 Book Set which includes Pig the Pug, Pig the Fibber, Pig the Winner, Pig the Elf, Pig the Star, & Pig the Grub.

Bruce Whatley is one of Australia's most highly regarded and talented authors and illustrators for children, both here and internationally. Since 1992 Bruce has written and/or illustrated over 90 picture books. In 2002 he paired with author Jackie French and illustrated Diary of a Wombat, which was the start of an extraordinary creative collaboration.

Jackie was the Australian Children's Laureate for 2014/15 and the 2015 Senior Australian of the Year.  She is also a historian, ecologist, dyslexic, and a passionate worker for literacy, the right of all children to read, and the power of books.

What started with Diary of a Wombat which won Picture Book of the Year Honour in 2003, has now grown into a collection of adorable wombat books including Christmas Wombat, Baby Wombat's Week, Wombat Goes to School, Grandma Wombat & Happy Birthday Wombat.

Other notable books by various Authors by Year

A great children's book will engage your child, sparking their imagination and thoughtful questions and unleash your own creativity and joy in re-telling the story and exploring the themes in the book. Some books are funny; some are inspiring; some take you to another world; others inspire thought and teach life lessons. All books gift you and your child something to take away. There will also be favourites that get read over and over again and always “just one more book” to explore.

Please note: Above all, any information on this website aims to provide general ideas for informational and educational purposes only. We encourage users to investigate several information sources, including, where necessary, independent individualised medical advice before making any decisions which could affect you or your child’s health or wellbeing.

BabyPeg participates in various affiliate programs and may earn a commission for referring our users through the links provided. This is at no additional cost to our users. We take great care in choosing products and services which align with the mission of promoting better health and wellness for our BabyPeg community. Where possible, products are tried and tested by us. To continue to provide BabyPeg as a free service and reach as many parents as possible, we appreciate your support in using the link provided to purchase if you decide the product is right for you.

Reading with Your older baby & toddler

Nature Play for Everyone

Bathroom Tips During Pregnancy & Beyond 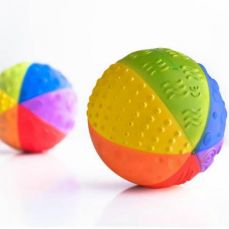 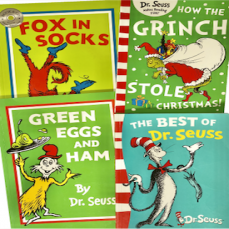 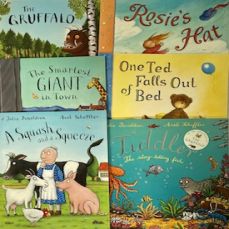 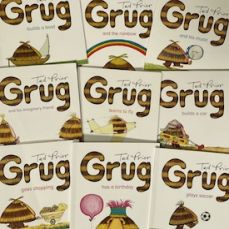 Grug Books by Ted Prior 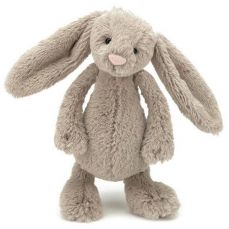 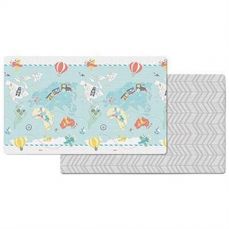 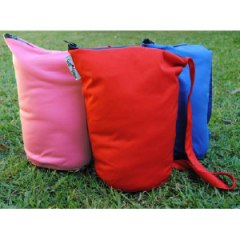 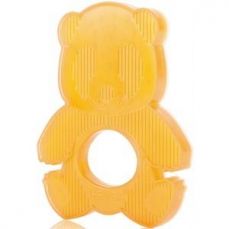